Fringeful: Why I'm Participating in Four Productions at Fringe this Summer


Really, it's not like I said yes to every project all at the same time. But, somehow, here I am, participating in four shows at Fringe this year.

I knew we were doing "Red Death," of course. It's been in the works for a very long time. (In fact, Bryan talked to Daniel about it about ten years ago, but the project got pushed to the back burner, like they often do.) Then, in February, after a staged reading of a short play I wrote, Kevin King, having recently seen me in "Carrie the Musical," asked if I'd be part of the revolving cast of his show, "Bad Auditions." He said he'd work around the show schedule of "Red Death," so no worries.

Last fall, I started as a co-director of an incredible ensemble called Project Pride, an LGBTQIA and straight, allied teen theatre group, started by Coterie Education Director Amanda Kibler. Our devised-by-the-teens show, "Queerios," was in March, and Amanda decided to re-mount it for Fringe.

Then, I heard MoJo Invocations was looking for submissions for their production, called "Free to Be KC," based on the soundtrack of my childhood, "Free to Be, You and Me." I submitted a story-poem about tolerance and acceptance, "The Cute Little Woman, Young Jacob, and Me." They're including it in their show.

Four shows, one Fringe, one exhausted, but happy, Tara.

Project Pride presents: Queerios! "Things are getting better for queer kids, and it’s because of gutsy people like the teenagers who wrote this. A ticket to Queerios is a 2-for-1 deal: a scandalously charming hour of theater and an exhibition of contemporary queer youth courage." (Camp Magazine)http://kc-fringe.ticketleap.com/project-pride-presents-queerios/ 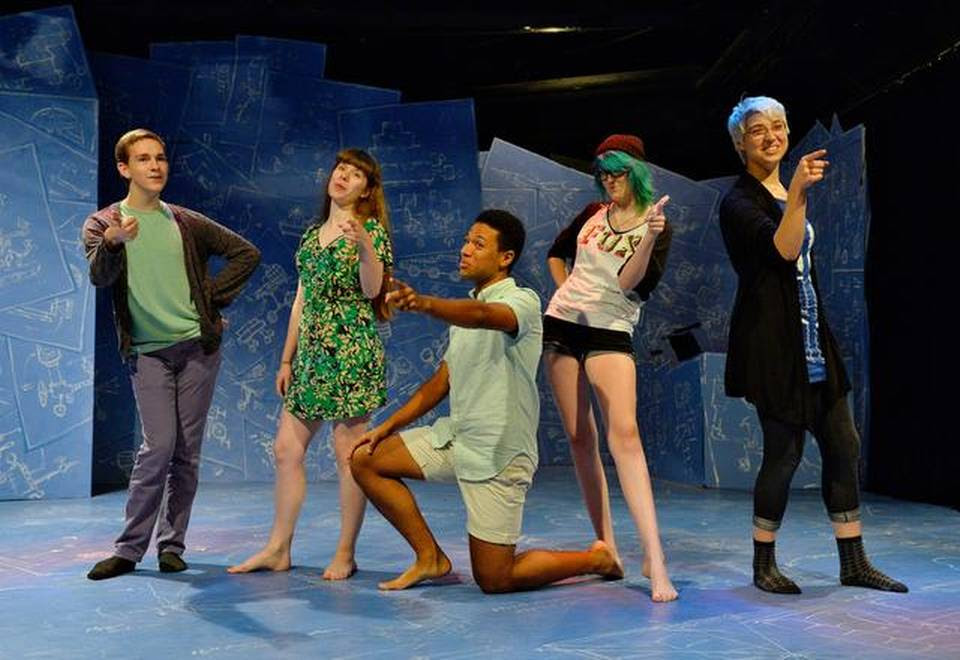 Here's an article about "Bad Auditions." I'm thinking of adding some more hyphens to my personal "title." (I will be in the Friday, Saturday, and Tuesday performances.)  http://www.examiner.com/article/bad-auditions-mixes-comedy-with-audience-participation-for-fringe-festival

"Free to Be KC": http://kc-fringe.ticketleap.com/free-to-be-kc/