It's a Beautiful Day for Good News, Vol. 3

Lately, my feed is overflowing with terrible news - most notably, the suicide of Robin Williams and the murder of Michael Brown (and subsequent fallout) in Ferguson, Missouri. As I'm also eyebrow-deep in a post-show emotional letdown (times four), it's been difficult to focus on good things in the world. But they're there, and so this is my attempt to remind us all that although bad things do happen, good things do too.

When a restaurant reviewer made rude suggestions online, the outraged owner spun it, for charity:
http://abcnews.go.com/Lifestyle/restaurant-responds-review-requesting-servers-show-skin-clever/story?id=23749752

Two local men run to rescue a woman from rape, then hold the attacker until police arrive:
http://www.kmbc.com/news/wendys-employees-rush-to-womans-aid-during-rape/26824824#!bGMknB

LaVar Burton wanted to reboot Reading Rainbow as an app, so he mounted a KickStarter campaign for the massive sum of $1,000,000. This is his reaction when that goal was met - in 24 hours:
https://www.youtube.com/watch?v=3-XHuNcSMLc

By the way, it has now raised over $5 million - all for children's literacy:
https://www.kickstarter.com/projects/readingrainbow/bring-reading-rainbow-back-for-every-child-everywh

A cop is called to arrest a woman for shoplifting, but buys her groceries instead:
http://www.miamiherald.com/2013/10/25/3712044/miami-dade-cop-showers-family.html


Also, I don't know these kids, but this is a good big brother. Made me smile. 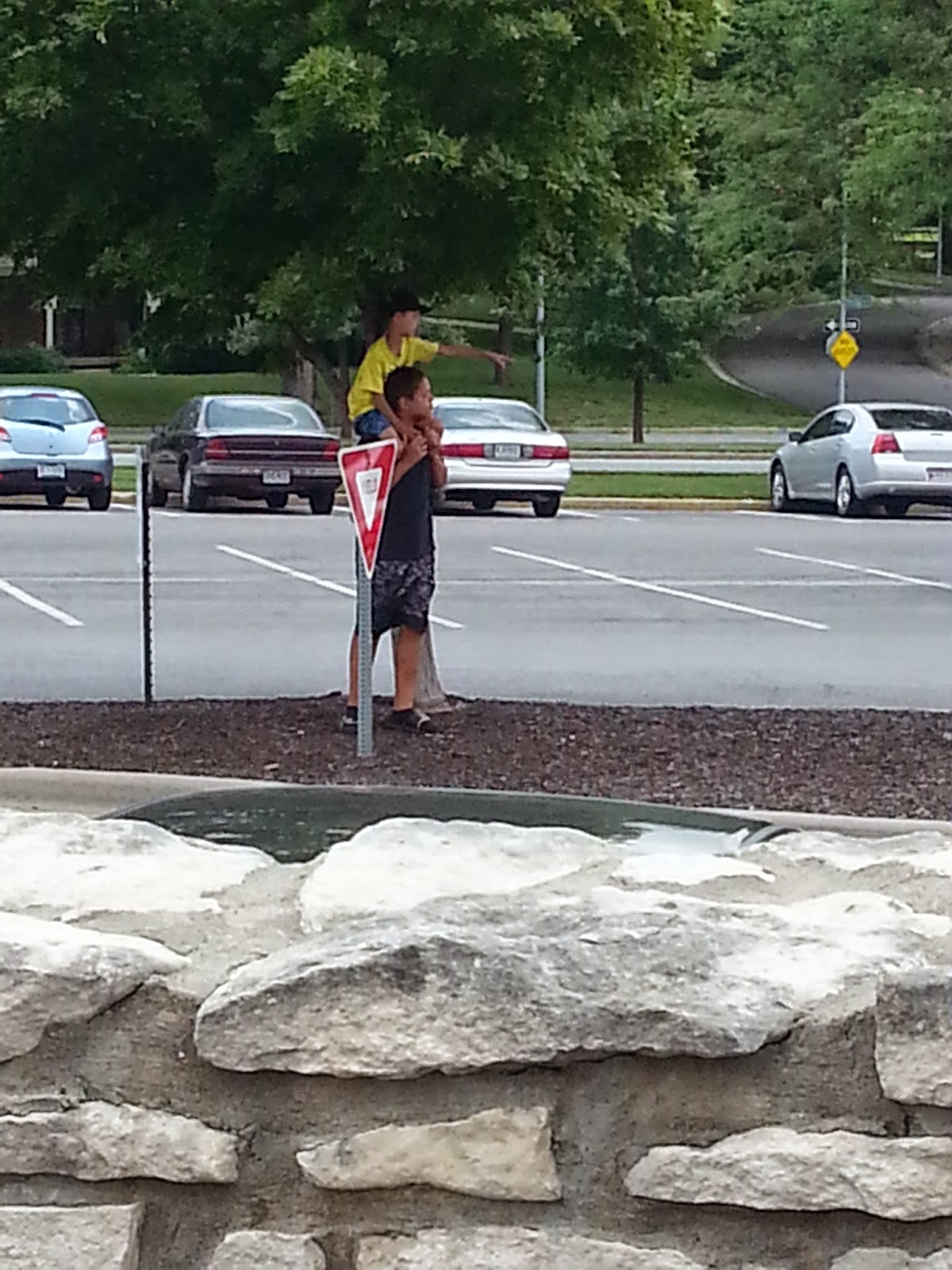