The people that brought you Sexing Hitler are back with the chilling tale of a science experiment gone horribly wrong. A brilliant scientist keeps a chicken heart alive in a vat, but an accident causes it to grow until it threatens to devour the world. It's apocalyptic fun for the whole family.


Tara Varney and Bryan Colley each year bring a strange new creation to the Fringe. This year we got a staged re-creation of “Chicken Heart,” a radio play by Arch Oboler that was originally performed as part of “Lights Out,” a macabre late-night radio series broadcast in the 1930s.

The story involves the exponential growth of a tiny chicken heart kept alive in a lab. It grows and grows, bursting out of the building and eventually devouring the Earth.

Director Varney chooses a meta-theatrical approach as the action at times seems rooted in the realities of radio drama — actors providing sound effects at a table with microphones — but sometimes enters its own surrealistic realm with some characters played by hand puppets.

Varney turns to her unofficial repertory company — Andy Garrison as a mad scientist, Parry Luellen as a reporter and in supporting roles Marcie Ramirez, Amy Hurrelbrink and Eric Tedder. Ramirez’s instinctual timing will get laughs every time, and Hurrelbrink performs with what might be described as effortless quirkiness. The results can be hilarious.

5 out of 5. Brecht said that there was no need for the "suspension of disbelief" in theatre, citing the recounting of an accident as an example of performance that lays the performance elements bare. Chicken Heart straddles that line, making the sound effects obvious to the audience and making no effort to make this a realistic play, and in this case, it really works well! Many of the effects, such as the flying of the helicopter, reminded me of the backyard plays of children. The scientist is right out of Central Casting and harkens back to Dr. Strangelove. This pulls out every sci-fi cliche in the book and has so much fun with it! I can't imagine anyone not having fun at this show!

And by the way, it is family friendly. Bring the kids! Bring the grandparents! Bring your friends! Bring your enemies, your frenemies, and everyone else you can fit in your car.


They push the medium in new directions-and it works, again!

5 out of 5. This show is not just funny and nostalgic. It's an extremely clever update combining visual theater with radio performance. Colley/Varney has again created a new vision of what traditional theater can be, without sacrificing the entertainment value. The actors fulfill roles of stage acting, multiple characters, radio sound effects, and even props, and all are excellent while challenged by not being allowed to remain immersed in their roles (method actors need not apply).

The Colley/Varney team is local-famous for pioneering writing and stage techniques, including not breaking but bulldozing the fourth wall (Lingerie Shop), and disallowing suspension-of-disbelief as an allegory to the play itself (Sexing Hitler). But it isn't just High Art, lost in intellectualism or existentialism. It's real entertainment for most audiences. I'm looking forward to their next new invention, even if it's just a plain-old show.

5 out of 5. Just back from the Fringe Festival and saw "Chicken Heart." In almost one word: "a blast!" In two words: "go see!" Imagine an old radio show and an old comic book, got together in the back seat of a 1948 Hudson and produced a love child. They name it "Chicken Heart," as produced by Bryan Colley and Tara Varney. The small cast produces sound affects, plays three characters at one time and has as much fun as the audience. Then just when you think they have taken it too far, they go further and it is perfect! The cast, each and every one, is great. Andy Garrison is perfection as the mad scientist! So if you want to have fun, hoot, be surprised and have even more fun, go see Chicken Heart! 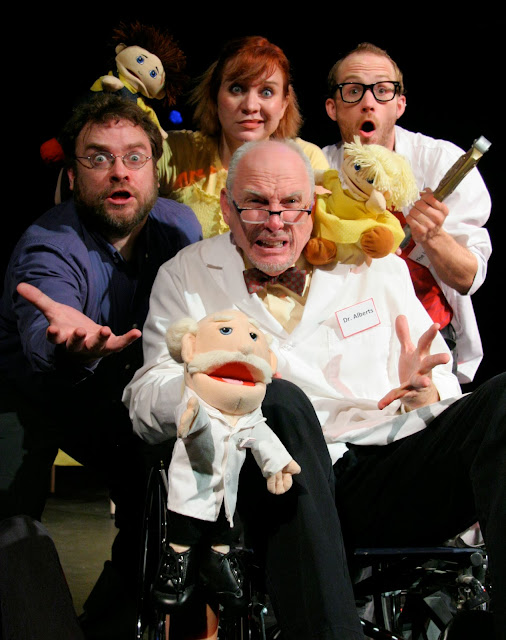 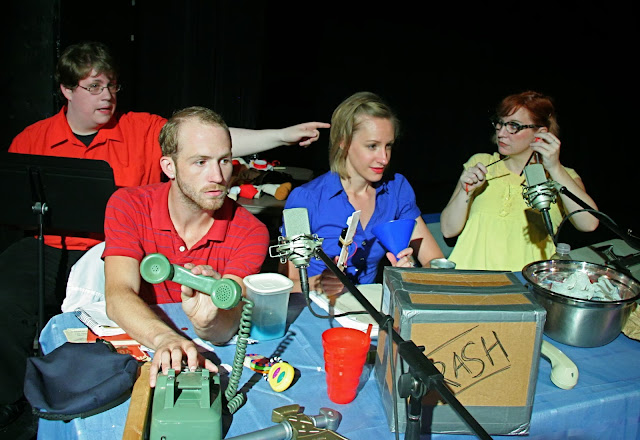 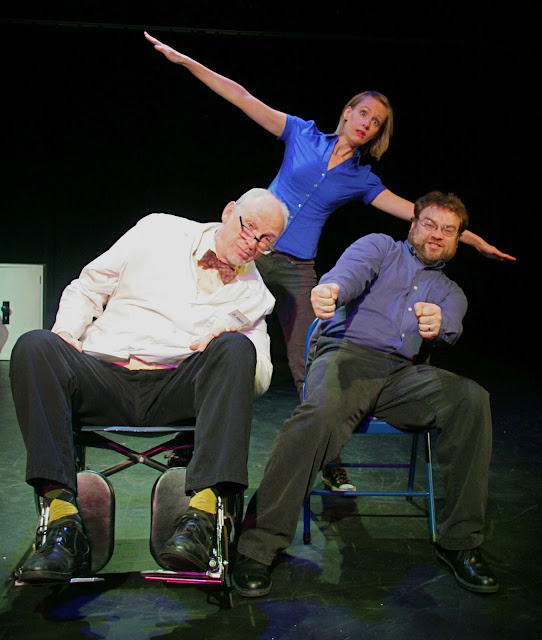