Letter to the Parents of my Dramarama Playwrights

I want to tell you about an observation I made yesterday, regarding your remarkable students.

As I'm sure you are aware, students are now sharing their work with the class, and receiving feedback from classmates. Instead of "that's good" and "that's bad," we use the phrases "What worked for me..." and "What confused me..." Sometimes, it's hard to hear that something you've created could use some improvement, and I often see the light dim in the eyes of the student who is sharing, but it only lasts maybe a minute. Then they immediately see changes they could make, pick up their pencils and start crossing things out and rewriting with enthusiasm. It's pretty awesome to see.

Last night, immediately after class, I attended an evening of play readings by adult playwrights. There was a Q and A session after each short play with the playwright, and all audience members received comment cards, on which they could give written feedback to the playwright about their plays. I was in charge of collecting the feedback cards at the end of the evening, and handing them to the playwrights, so I was there when they each started reading through the audience's comments.

One playwright scoffed at the comments he read about his short play. Although he asked, on his card, if certain elements were "confusing," when people responded that they didn't understand his play, or indeed, they were confused by this or that, he literally said, out loud and rather mockingly (most of the audience had left by this time), "'Oh, I'm confused!' 'It didn't make sense!' 'I don't understand it!' Well, tough. It is absolutely clear. It's theater. Get over it." This upset me greatly, because he asked for feedback, then rejected all non-positive statements out-of-hand, as person after person told him that they didn't understand what he was attempting with his script.

I understand that egos are fragile and that it's hard to hear criticism. But he asked, and if he wants to improve communication with his audience, he'd listen.

On the way home, I suddenly juxtaposed this guy's reaction to honest feedback with our young playwrights' reactions to theirs. And I was incredulous at how much more willing these young people are to take the input and get back to work, striving to be better writers.

Your children are inspiring me. I wanted you to know that. 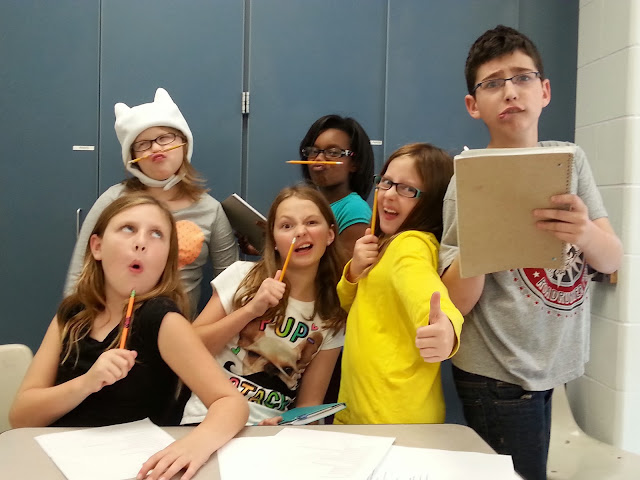