A male fantasy of life in a sexy lingerie shop, where everything is hot and steamy until one of the actresses curses the playwright and quits in the middle of a scene. What follows is a Pirandello-styled farce that deconstructs theatre and feminism.

Oh, that Bryan Colley is a tricky one.

At the precise moment when mentally I began wadding up his new play and going for a trashcan three-pointer, he turned on a dime and took it into an agreeably absurd postmodern zone.

Colley's Lingerie Shop begins, as the title suggests, is set in a boutique for women's flimsy boudoir attire. For the first few minutes Colley mimics the plot of a soft-porn film as the black-clad shop manager plans to seduce a delivery girl.

But then, on the brink of the moment of no return, the shop manager (Marcie Ramirez) suddenly begins cursing the playwright for writing such a sexist piece of trash.

Soon the fourth wall is obliterated and we find ourselves in Pirandello territory. The actresses Ramirez, Kelli Hahn, Charlotte Kyle, Amy Hurrelbrink and Olivia Marsh find themselves trapped on stage. At one point they implore the audience to just get up and leave because otherwise they could be trapped forever. And they bring the playwright (Parry Lewellen) on stage to pummel him with verbal abuse.

Director Tara Varney (with Steven Eubank assisting) serves the material up as a short, succinct bit of satire that doesn't wear out its welcome. It s a clever idea executed with quick, broad strokes. 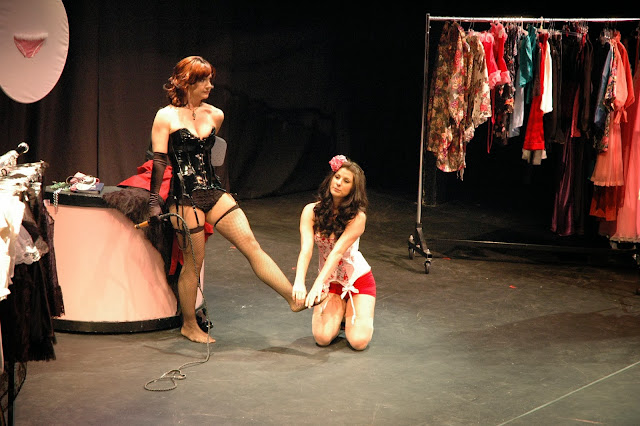 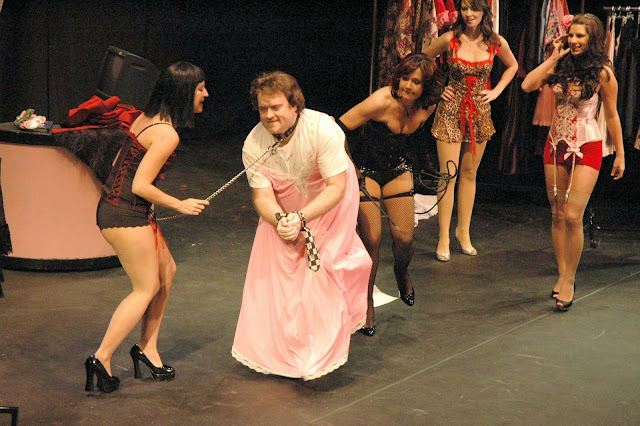 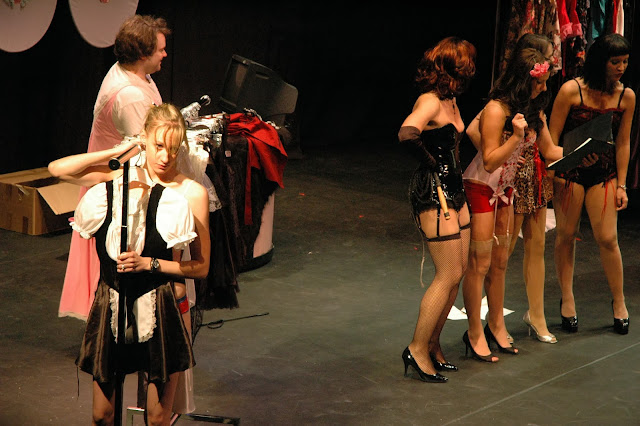